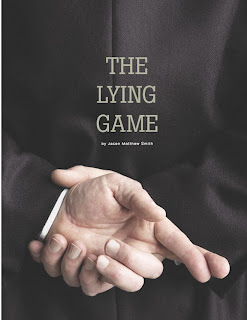 In this session we covered why people tend to lie, the main points that were mentioned were to do with the liars and benefit.
To make one self look more appealing, Such as saying that you own a car.
To “fit” in with the crowd or to be accepted, such as saying that you smoke which in fact you don’t.
Also people lie because, it tends to help to cope with people in a social concept. However it tends to benefit the liar than other people.

However I think lying can be acceptable when it is to a child. White lies are perfectly acceptable in the concept of Santa or the Tooth Fairy. However if you lie to an adult I think it’s socially acceptable because everyone does lie, but still I don’t think is morally acceptable in any form.

The site below shows you how lying can be identified, such as eye movement, and body twitches.

http://www.blifaloo.com/info/lies_eyes.php
Posted by dhillon at 20:26