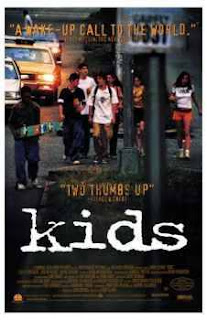 The film Kids which was released in 1995. The film caused much controversy. As the main story line consisted of a teenage boy’s sexuality and the effects on other people around him. Which has a negative effect on a young girls future, as she is discovered to be HIV positive.
Critics described the Film as ‘ A film for kids, but not for kids’. This explains the amount of debate surrounding the film. As from start to finish is filled with adult material.
This site give information, on what the film is about. It also gives out the cast that starred in the film.
http://www.imdb.com/title/tt0113540/combined
Posted by dhillon at 10:24