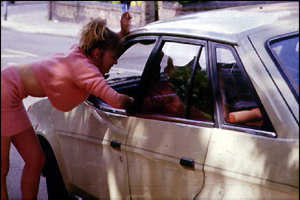 I think a person can only be called a prostitute if she or he takes money from someone and then provides sex. Someone who takes money from but doesn’t provide sex shouldn’t be called a prostitute because; she or he didn’t have the intention to present sex. However he or she can be seen as a thief as the money was handed over, but didn’t supply what the “customer” wanted. This I think is at the same level as socially unacceptable, as the “prostitutes” still have the intention to be paid for sex.

The web page below, provides a debatable topic of prostitution, it gives a strong argument whether prostitution should be a crime, and what the future holds for many young women who are commonly forced into it.